Okada Toshiki (1973-) is a “lost generation” (1990s stalled Japanese economy/recession) writer and anime producer sometimes labeled “hyperrealist,” which means manufacturer of banality to me. His novella The End of the Moment We Had/ The End of the Special Time We Were Allowed was based on his 2007 Kishida Drama Prize-winnning “Five Days in March” (Watashitachi ni yurusareta tokubetsu na jikan no owari). It begins with a tedious visit of six very drunk male friends to a Roppongi bar. The narrator , Azuma,stumbles off with a woman for four nights of frequent sex with a bar pickup.

For no particular reason I can infer, the narration shifts from the man to the woman roughly half way the recounting of the frequent fucking, sleeping some, venturing out from the Shibuya love hotel. The narrative voice changes little, making the switch all the more once inexplicable. At the end they part without exchanging contact information, unlikely to meet again.

Before cutting themselves off for the extended sexcapade, the couple are dismayed by the prospect of war starting in Iraq, following an ultimatum from George W. Bush to Saddam Hussein. By the time their tryst is over, the US has invaded Iraq, though US forces have not yet taken Baghdad. This is part of the reality the two flee from for a few days. (They never turn on the tv in their refuge, which has no clocks and no windows to let its inhabitants know whether it is day or night.) Each thought the war would be over in a few days with Bush triumphant. The account ends with the woman throwing up, partly on herself (the last few pages have an omniscient narrator). 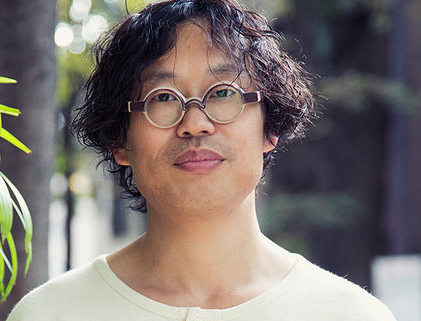 There is a second, slightly longer novella, “My Place in Plural” with only one narrator, a bored 30-something wife, too bored to go to her part-time hob, lying around, but never reaching a deep sleep. Nor succeeding in slaying a cockroach that scurries to the safety of a drawer. Presumably, she is still married to her hard-working husband, who has two jobs in contrast to her less than one. The mood of both novellas is encapsulated into the wife’s generalization about opening new windows on her laptop: “In the few seconds while the page loaded, I felt like I was holding out hope for something, though I’m not sure what. But as soon as the content came on screen my hope vanished.”