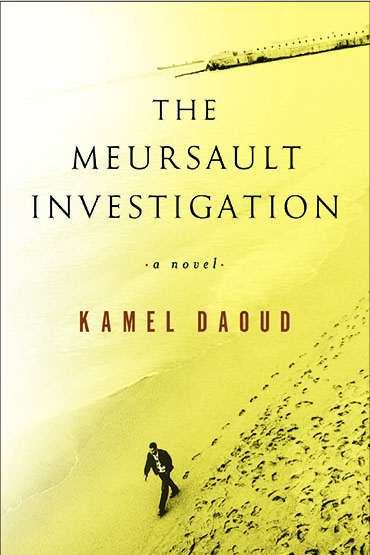 In the Meursault Investigation, Algerian Muslim Kamel Daoud provides something of a counter-narrative the Albert Camus’s 1942 novel L’étranger (The Stranger in the US, The Outsider in the UK and Commonwealth), elaborating on a peripheral character, the Arab never given a name in the account of a pied noir (Algerian-born man of French descent) clerk Meursault, as Jean Rhys’s Wide Sargasso Sea did on the madwoman locked upstairs in Jane Eyre. At least the first chapter (excerpted and easily standing alone as a story published in the New Yorker) somewhat fills in the character of the heretofore-nameless Arab who was shot on the beach. The first chapter of The Meursault Investigation is a memoir by Harun (the Arabic form of Aaron), who was seven in 1942 when Meursault shot his brother Musa (the Arabic form of Moses) on an Algiers beach.

The murder of Musa haunts the rest of the aged Harun’s rambling memoir (which is more like Camus’s La Chute/The Fall than it is like L’étranger). Harun exacted a delayed and displaced revenge on the Algerian French by shooting one, Joseph Larquais, just after the independence of Algeria in 1962. Although the Algerian police were annoyed that this murder occurred after independence, Harun was not tried (whereas Meursault was tried and executed). Harun is affectless, like Meursault.

Harun treats L’étranger as testimony not as fiction (while Daoud has faulted his Islamist critics for failing to distinguish his fiction from factual narration). Harun/Daoud occlude a rather important fact from Camus’s (Meursault’s) book: Harun’s knife. Earlier in his last day of life, Harun (according to Meursault) was one of three Arabs who attacked and knifed Meursault’s friend, Raymond. According to Meursault’s account, later, on the beach, Meursault saw the Arab alone on the beach. After the man took out his knife, Meursault shot him. That is, it was not just the disorientation of near-sunstroke, but a semblance of “self-defense” that resulted in the death of the unnamed Arab now named Musa. It may have been unjustified, but it was not entirely gratuitous, as Harun/Daoud claim.

Leaving aside the implausibility of Camus’s plot in the colonial court system in which a pied noir is sentenced to death for killing an armed Arab who had already knifed another pied noir (Raymond), there is a significant asymmetry between Meursalt’s murder and Harun’s. In my reading of the two novels, neither killing was premeditated, nor philosophical, though Harun’s was more cold-blooded—and illuminated by the moon in Oran rather than the mid-day sun on an Algiers beach. 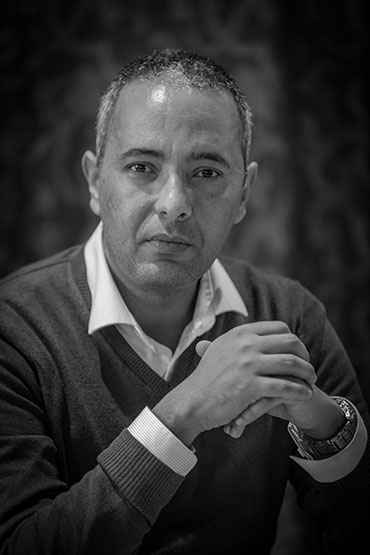 Both killers are haunted by their mothers for whom they cannot muster proper filial piety: Meursalt’s died shortly before he killed the Arab; Musa’s not only egged him on but (very implausibly) is still alive seventy years after her elder son’s death. Musa himself recognizes that he “was practically the murderer’s [Meursault’s] double.” (with a name resonating both with the author (Camus) and the murderer (Meursalt, who is denied a first name).

An imam of the Islamist Awakening Front proclaimed a fatwa against Daoud for his fictional character (Harun’s) apostasy. Harun does not question that there is one god, or even that Muhammad was his prophet (the two essential beliefs in determining whether someone is a Muslim), although Harun finds it implausible that God would speak to only one person (though he also suggests, “Friday? It’s not a day when God rested, it’s a day when he decided to run away and never come back.” Daoud was not even born in 1962, and no more committed murder in 1962 than Camus did in 1942. (I suspect the characters’ disdain for religion reflects that of both authors, however).

That Daoud is in danger from a fatwa does not make his novel a good novel, nor does the awards the novel won in France (the Prix François Mauriac,  the Prix des cinq continents de la Franophonie, and the Prix Goncourt for first novel). I think that the opening chapter about Musa is a bracing protest against the denial of a name to the man killed in Camus’s novel, but that the rest is ill-structured and sometimes tedious, as Harun increasingly becomes like a garrulous Camus character (and Musa remains a shadowy figure even if he now has a name).