Although my interest flagged in the middle (with long pedantic explanations of the forensic applications of medical knowledge), I finished Rudolf Fisher’s The Conjure-Man Dies, the first African American mystery novel, originally published in 1932, and much celebrated by Walter Mosley, the most successful African American writer of mystery novels. 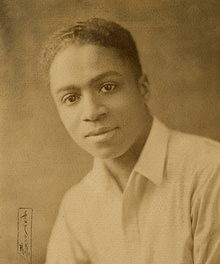 I was impressed by the section of Rudolph Fisher’s (1928) novel The Walls of Jericho in The Portable Harlem Renaissance, and picked up a remaindered hardcover copy (University of Michigan, 1992). I don’t know to what extent Fisher was stung by W. E. B. Du Bois’s complaint about Walls that Fisher didn’t write about black professionals like himself. Fisher was a member in good standing (contributor to Fire!) of the niggerati faction writing about what Du Bois termed “the debauched tenth.” The protagonists of Conjure-Man are drawn instead from DuBois’s much-touted “talented tenth,” including a physician (like Fisher himself), a policeman who is the only black who has risen to the rank of detective, and an African prince with a princely sense of noblesse oblige. And an important part is played by a mortician, a kind of professional. 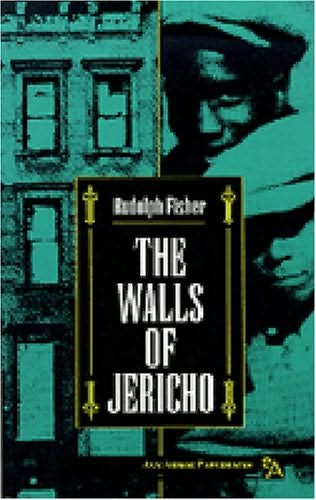 The main lower-status participants, who liven things up with a running game of the dozens, are not debauched, and the “conjure man” turns out to be not paranoid, not a murderer, and not preying on the poor. If he is an infusion of mumbo-jumbo direct from Africa, he is extremely sophisticated, possessing much knowledge about medicine, electronic, and, most importantly, human nature. Like Du Bois, he is a Harvard graduate.

There’s not a lot of “local color,” though there are a series of Harlem types (there are no white characters in the book). The novel has a typically convoluted mystery plot. As it turns out that Frimbo’s lack of interest in women is only apparent, not real, my main interest in the book is as one that focused on the responsibility of “the talented tenth” for the rest, while bringing some of the lively quotidian reality (including numbers running and other forms of gambling) of Harlem to the page without condescension (I can’t say without sensationalism, but isn’t that a genre convention for books focused on solving murders?). And if Frimbo is “primitivism,” it is of a kind of which Du Bois must have approved. (I have no idea if he commented on the book.)