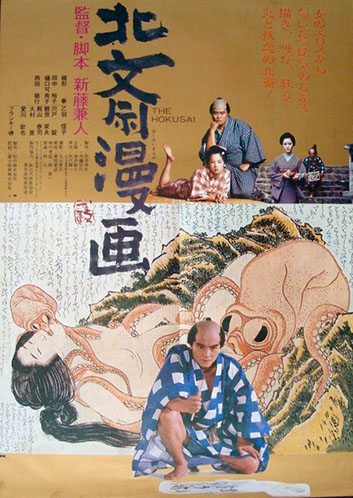 Shindô Kaneto’s 1981 biopic “Hokusai manga” (1981) with Ken Ogata [Mishima, Man Walking on Snow] playing Hokusai was released in English as “Edo Porn,” stressing the woman mounted by octopus (The Dream of a Fisherman’s Wife) from late in the career of the woodblock master Hokusai Katsushika (ca. 1760-1849). I thought that the old-man makeup for Hokusai and for his longtime buddy/enabler Sashichi /Kyokutei Bakin [Nishida Toshiyyko] was silly (Oei [Tanaka Yûko] was aged more gracefully if not particularly believable, either). As I suspected while watching it, the movie was an adaptation of a stageplay (written by Yashiro Siichi), though that doesn’t explain why the last act is so protracted. 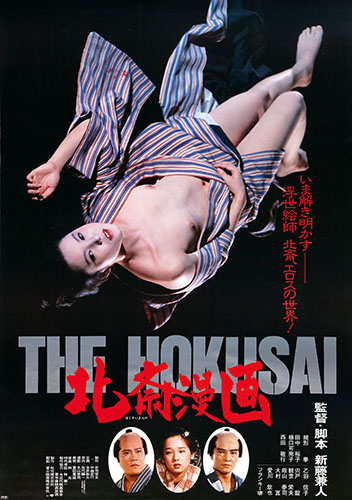