In the summer of 1986 a group that included Yang Chonchung, Keelung Hong (Ang Geeliong), and I went to Grass Valley in the foothills of the Sierra Nevadas in eastern California to talk to Ed Paine, who had been a lieutenant in the U.S. Army at the end of World War II and was assigned to the Relief and Rehabilitation Unit of the United Nations. Like George Kerr, author of Formosa Betrayed, Ed Paine was frustrated that instead of reconstructing what had been damaged by U.S. bombing, KMT officials were lining their pockets and shipping off to China anything of value that could be moved (including railroad rolling stock, and most of the rice and sugar produced on Taiwan). From direct contact with officials put in charge of Taiwan by the Allies (and transported to Taiwan by the U.S. military), he learned that before losing the mainland, Chiang’s underlings considered Taiwanese as “enemy aliens” to exploit, not “Chinese brothers.” Resident in Daiba (Taipei) in March of 1947, he was a horrified observer of the bloody arrival of KMT troops to eliminate any dissent or possible dissent on the vassal island.

For Paine, even after more than 40 years, the horrible sight of corpses floating in a blood-red Keelung River remained the unforgettable part of KMT reassertion of domination. He had heard gunfire the night (March 10th) Chiang Kaishek’s troops landed in Keelung, but had not realized the scale of indiscriminate slaughter that began then.

In the following weeks, he learned of the more carefully planned murders of educated Taiwanese. He reported what he observed to Washington at the time. After returning to the United States, he wrote letters to Congress and various news agencies seeking to raise concern about what he had seen. He showed us various letters, some of which were published, and the noncommittal bureaucratic responses he received.

For a time he and George H. Kerr worked on a book manuscript. Although they had received an advance from a publisher, Kerr stopped work on the book without giving Paine any satisfying explanation, and only much later (1965) published Formosa Betrayed. That book is very critical of Chiang and his subordinates. It would have had a greater impact, however, closer to the time of the events (and closer to the time when it appears to have been written). I wrote to Kerr asking about the sequence of writing and publication of Formosa Betrayed, but in two letters Kerr avoided the direct (and repeated) question of why a book about his observations did not appear much earlier. (My guess is that the virulent attack on American experts for “losing China” in part for reporting the unpopularity of Chiang Kaishek had traumatized and/or deterred him, but this is a surmise for which I have no evidence.)

Ed Paine also told us that he had recommended a young Taiwanese with whom he had worked to translate for (Captain) Vern J. Sneider when Sneider came to Daiba. Sneider’s first novel, Teahouse of the August Moon, is a bemused account of the education of a U.S. Army of Occupation officer by Okinawan villagers. It was a best-seller, the basis for a hit Broadway play, a Hallmark Hall of Fame television production, and a movie (in which Marlon Brando played the Okinawan employee of Glen Ford; it was released on video in 1990). 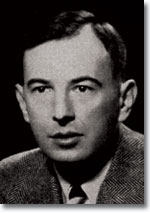 The book Sneider wrote about Taiwan, A Pail of Oysters, published in 1953, also contains some amused accounts of an American’s incomprehension of Pacific Islanders’ ways of doing things that is similar to the central comedies of inter-cultural misunderstandings in Teahouse of the August Moon and in The King from Ashtabula, his later novel about a Micronesian student in Missouri who suddenly is recalled (by another U.S. Army occupation) to be king of an American-administered island.

A Pail of Oysters is much less light-hearted than those more popular works of Sneider’s fiction. It describes not just the foibles of confused Americans out of their depths across the Pacific, but accounts of KMT terror, including the shooting of Li Liu, the character based on the interpreter Ed Paine recommended to Vern Sneider.

The book opens with a KMT patrol seizing oysters gathered by Taiwanese coast dwellers (on the coast of Changhua). The first chapter also appeared as a story in a 1950 Antioch Review and was reprinted in the 1956 collection of Sneider’s mostly-set-in-Korea short stories, A Long Way from Home. Sneider makes very vivid the terror in which Taiwanese lived during the late 1940s and beyond, under the oppression of KMT bandit-troops. He also makes clear the common Taiwanese views that what land reform was really about was breaking up any Taiwanese power bases.

Even with a white American charcter, journalist Ralph Barton, Hollywood did not evidence the same interest in A Pail of Oysters as in his other books. Although well-reviewed, it was not a popular success. Even more than Formosa Betrayed, copies of A Pail of Oysters disappeared from most libraries, probably on instructions issued to the student spies paid by the KMT to monitor Taiwanese on U.S. college campuses.

Informed estimates of the extent of killings of Taiwanese continue to mount (from ten thousand to 150,000). Despite the attempt of a Hoover Institute book to downplay both the number of fatalities and the responsibility of the “Republic of China” government, since the lifting of martial law, scholars in Taiwan have finally been able to discuss the extent of the horror since the end of martial law. A Pail of Oysters continues to provide a vivid contemporary picture of the terror in which adult Taiwanese lived in the late 1940s. It has just appeared as an e-book with a very useful introduction by Jonathan Benda that includes discussion of CIA and USIA attempts to smear Sneider as communist for showing how the Chinese (KMT) acted in the colony of Taiwan they took over from Japan, which was only possible with US logistical support. (A sample is available at https://archive.org/stream/strategytacticso0105unit#page/98/mode/2up)

In addition to Kerr’s Formosa Betrayed, see New Zealander Allan James Shackleton’s eyewitness account in  Formosa Calling.  It was written in 1948 but not published until 2009.  And there is a new novel, Green Island by Shawna Yang Ryan, l hinging on the White Terror with a female protagonist who moves to the US without being able to escape the damage inflicted by the KMT to many Taiwanese families.

©2016, Keelung Hong and Stephen O. Murray; an earlier version of this posting was included in our book (published by the University of Nebraska Press), Looking Through Taiwan. That book also includes a reprint of “A Case Study of Pseudo-Objectivity: The Hoover Institution Analysis of 1947 Resistance and Repression in Taiwan.”)